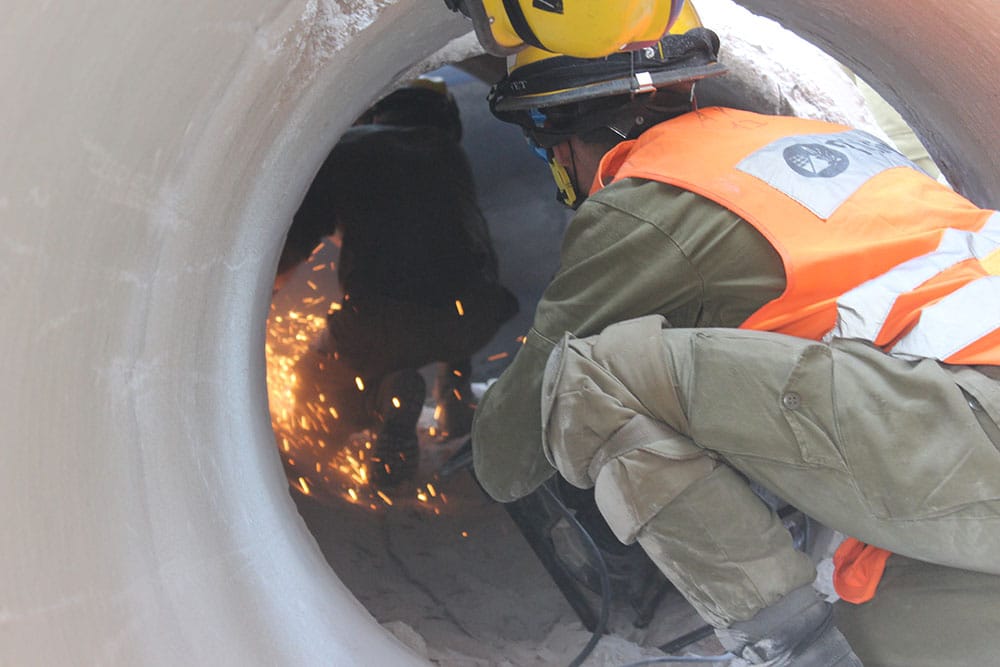 Confined spaces are enclosed areas that typically present especially dangerous working conditions. They present special hazards that are important to be aware of which is why we focus on worker and workplace education here at ValleyWorkSafe…

Here are some common hazards of working in Confined Spaces:

Shortage of Oxygen: Natural reactions can cause the elimination of oxygen in confined spaces, making it big challenge to work in. Without oxygen, humans survive isn’t possible, and that’s where the danger occurs. The entire dependency of the worker lies on the oxygen mask.

Alongside no oxygen, some chemical reactions produce carbon dioxide or other gases, creating suffocation for the crew members. Today, the accidents due to oxygen shortage are the least, yet the problem is big. One such accident occurred in 2014 when a crew member lost his life due to the oxygen level below 5-6 percent.

Gasses & Fumes: Poisonous gasses are common in confined spaces, some of which are dangerous to humans. The major reason for increased life threat working in confined areas is the lack of ventilation that isolates the dangerous gasses and causes immediate death.

Natural reactions, leakage in gas pipes, or any containment can cause gasses to spread and create threats for the crew member. Some gasses react with the environment and create fumes that become easy to inhale and cause immediate harm to the humans.

Flood: Complete blockage of the confined space can happen in case of any liquid leakage causing a flood. More often, such incidents might occur during sewer work that traps the crew within. Sometimes solid material can also cause a flood, creating blockage for the workers. The biggest risk in confined space during a flood is being buried or trapped in the confined space.

Explosion or Fire: The occurrence of an explosion or fire is completely unpredictable and can end human life within seconds. Flammable gas leakage can be a big reason behind explosions in confined spaces.

Fire or explosion can be minor incidents, but such accidents can deplete the oxygen in the surrounding, creating another big problem for the crew members to work.

Limited Space Access: The biggest hazard of working in a confined space is limited access to work. There are confined spaces that don’t have enough space to move. Hence, it becomes a reason behind suffocation and causes harm to the crew member. Working in small tunnels, containers connecting pipes, etc., are some of the confined spaces you might work in.

Most of you would wonder how the workers get into such places. Well, a proper Confined Space Entry training helps them get into such space and come out safely. Proper training and practice let them experience the confined space before entering and follow complete safety protocols to eliminate hazards.

PHOTO CREDITS: Wikipedia Creative Commons
ABOUT THE VALLEY WORKSAFE BLOG
Valley WorkSafe actively advocates for the education, health and safety of the Canadian workforce. A part of that is helping to inform its’ clients and their employees on the public information accessible to them. This and other articles are publicly sourced and commissioned to help train, educate and inform.