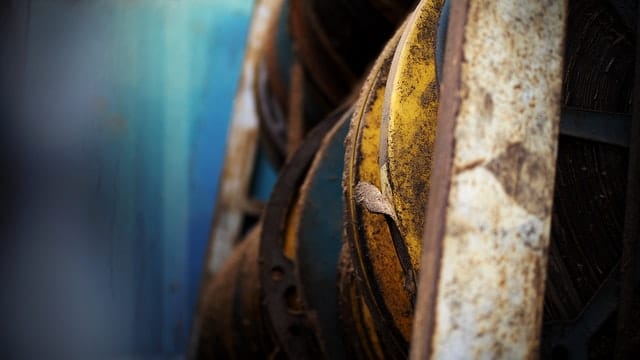 Is working in a confined space hazardous?

What is a confined space?

Generally speaking, a confined space is a fully or partially enclosed space that:

Confined spaces can be below or above ground. Confined spaces can be found in almost any workplace. A confined space, despite its name, is not necessarily small. Examples of confined spaces include silos, vats, hoppers, utility vaults, tanks, water supply towers, sewers, pipes, access shafts, truck or rail tank cars, aircraft wings, boilers, manholes, pump stations, digesters, manure pits and storage bins. Ditches, wells, and trenches may also be a confined space when access or egress is limited (but they still have “blue sky” above). Barges, shipping containers and fish holds are also considered as possible confined spaces.

What are the hazards in a confined space?

Hazards in confined spaces can include:

Why is working in a confined space more hazardous than working in other workspaces?

Many factors need to be evaluated when looking for hazards in a confined space. There is smaller margin for error. An error in identifying or evaluating potential hazards can have more serious consequences. In some cases, the conditions in a confined space are always extremely hazardous. In other cases, conditions are life threatening under an unusual combination of circumstances. This variability and unpredictability are why the process of hazard and risk identification and assessment is extremely important and must be taken very seriously each and every time one is done.

What should be done when preparing to enter the confined space?

The important thing to remember is that each time a worker plans to enter any work space, the worker should determine if that work space is considered a confined space. Be sure the confined space hazard assessment and control program has been followed. Please see the OSH Answers document Confined Space – Program for more information.

Air quality testing: The air within the confined space should be tested from outside of the confined space before entry into the confined space. Care should be taken to ensure that air is tested throughout the confined space – side-to-side and top to bottom. Continuous monitoring should be considered in situations where a worker is in a space where atmospheric conditions have the potential to change (e.g., broken or leaking pipes or vessels, work activities create a hazardous environment, isolation of a substance is not possible). A trained worker using detection equipment which has remote probes and sampling lines should do the air quality testing. Always ensure the testing equipment is properly calibrated and maintained. The sampling should show that:

The results of the tests for these hazards are to be recorded on the Entry Permit along with the equipment or method(s) that were used in performing the tests.

How are hazards controlled in confined spaces?

However, often because of the nature of the confined space and depending on the hazard, special precautions not normally required in a regular worksite may also need to be taken. The engineering control commonly used in confined spaces is mechanical ventilation. The entry permit system is an example of an administrative control used in confined spaces. Personal protective equipment (such as respirators, gloves, hearing protection, etc.) is commonly used in confined spaces as well. However, wearing of PPE sometimes may increase heat and loss of mobility. Those situations should be carefully evaluated. When using PPE, always use as part of a PPE program and be sure to evaluate all possible hazards and risks associated with PPE use.

How is air quality maintained?

How are fire and explosion prevented?

Work where a flame is used or a source of ignition may be produced (hot work) should not normally be performed in a confined space unless:

While doing the hot work, the concentrations of oxygen and combustible materials must be monitored to make surecertain that the oxygen levels remain in the proper range and the levels of the flammable productscombustible materials do not get higher than 10% of the Lower Explosive Limit. In special cases it may not be possible, and additional precautions must be taken to ensure the safety of the worker prior to entering the confined space.

If potential flammable atmosphere hazards are identified during the initial testing, the air in the confined space should be cleaned or purged, ventilated and then tested again before entry to the confined space is allowed. Only after the air testing is within allowable limits should entry occur as the gases used for purging can also be extremely hazardous.

How are energy sources controlled?

All potentially hazardous energy sources such as electrical, mechanical, hydraulic, pneumatic, chemical, or thermal must be de-energized (or isolated) and locked out prior to entry to the confined space so that equipment cannot be turned on unintentionallyaccidentally. If lock out or tag out is not possible, the hazardous energy must be controlled in a way that eliminates or minimizes worker exposure to the hazards before workers are allowed to enter the confined space. It is important that any method of control other than isolation and lockout must be evaluated and the effectiveness for controlling the hazardous energy must be demonstrated.

Please see the OSH Answers on Hazardous Energy Control Programs and Lockout/Tag out for more information.

What are other safety precautions?

Many other situations or hazards may be present in a confined space. Be sure that all hazards are controlled, for example:

CREDITS & SOURCES
This resource was originally published by the Canadian Center for Occupational Health & Safety (source). It was last updated on October 29, 2021.
Featured Blog Photo by Obregonia D. Toretto from Pexels
ABOUT THE VALLEY WORKSAFE BLOG
Valley WorkSafe actively advocates for the education, health and safety of the Canadian workforce. A part of that is helping to inform its’ clients and their employees on the public information accessible to them. This and other articles are publicly sourced and commissioned to help train, educate and inform.